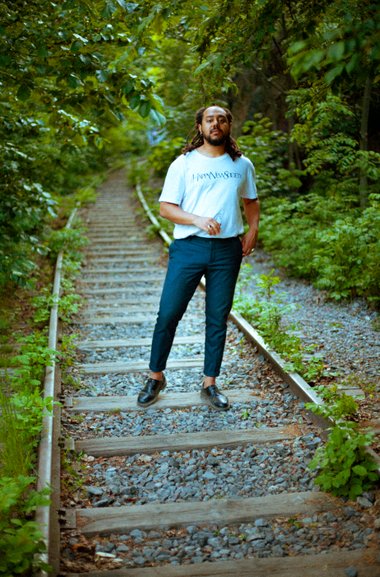 "Imagine a solid form of warmth and love, a piece of pure and suggestive poetry. A cool soul voice that you cannot really get enough of - that's Alex Sombo" - FUME

With music in his blood Alex Sombo is energy personified with his radiance both on stage and in private. A unique, playful voice together with harmonies inspired from soul, rnb and pop makes his music very versatile. His charisma shines through with his melodies and lyrics and both intensifies as well as improves when he is on stage. Keep an eye out for Swedens next new music export.

His debut year was one to write in the books. With worldwide coverage of his releases and attending records at every live gig, Sombo is now ready to take it to the next level. Sombo recently headlined the world-renowned Childhood Gala that took place at the iconic The Plaza Hotel in New York. This after he received the great honor of writing the vignette for Childhood's TV series, which will be broadcasted in 6 parts in 2020. On the spot, Sombo received praise from Her Majesty the Queen Silvia, Her Highness the Princess Madeleine, as well as several of the United States and Swedish A-list celebrities who attended the gala.